About a month ago I think I glimpsed some NCAA spooky action at a distance – just a momentary flash, really, like some subliminal image across a movie screen. Then it disappeared. Spooky. 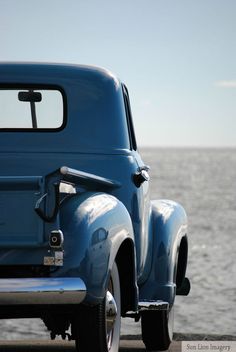 It happened at the May 1 annual D.C. confab of the Knight Commission on Intercollegiate Athletics, and it was Big 12 commissioner and major NCAA Talking Head Bob Bowlsby who did it. Bowlsby, apparently, drove his Chevy to the levee, found the levee was dry, and then fired off the shot which (so far) nobody has heard ’round the world.

“I take issue,” Bowlsby said, “with the characterization of college athletes as amateurs.”

Martin Luther might just as well have posted on the door in Wittenberg, or maybe some other prince-with-no-name might’ve been shot-silly in Sarajevo.

I can still remember how that Amateurism music used to make me smile.

But no one screamed. No wailing or sobbing, and no one pelted Bowlsby with pebbles or bad fish. Spooky.  In fact, it appeared that none of the Knight dignitaries even noticed. None certainly cared enough to ask Bowlsby what-on-god’s-earth he might mean, or intended to do with, his apostasy. If today’s college athlete is no longer an amateur, will the Big 12 be cutting paychecks to all players? Or does Bowlsby, perhaps, intend to move the entire Big-12 to Canada? The Knight meeting attendees, primarily a collection of parvenu sports-business aristocrats, were all apparently too busy on their laptops, tracking the performance of their hefty retirement funds, or the year-to-date bonuses they delude themselves into thinking they ‘earn’ for championships or grades which are, in economic reality, earned by “The Kids”— the players. No one at the Knight meeting, in fact, even blinked. Spooky.

Bad news on the doorstep, I couldn’t take one more step

Sure, Bowlsby did not come out in favor of incest, or driving on the left side of the road, but really. What about that ‘revered tradition of amateurism‘ we’re all supposed to worship? The same RTOA the NCAA just finished engraving on the O’Bannon federal court decision-tablet now on display in their lobby, a companion to the 1984 Regents tablet which has the same “RTOA” scribed all over it? It seems like only yesterday, after all, that the 9th Circuit’s Judge Bybee took communion with the Prelates of the Revered Amateurism – whose homilies preach the sanctity of the strict separation of their ‘RTOA’ church from the state — and then left his mind behind in 90 pages of man-splaining about what “precisely makes an amateur.” College players – not – Amateurs?  Should Judge Bybee now buy a whole new legal tool-kit to measure things-amateur a bit more ‘”precisely”? If not, who will now tell him – and all those other jurists of the last half-century, upon whose slouched-but-amateurism-reverent shoulders Judge Bybee himself now stands and slouches — that college athletes are no longer amateurs?

Was this just some spooky notion which popped from Bowlsby’s brain at the same time he popped the Tic-Tacs upon which he idly chewed as he blurted it out?

Or were we witnessing there the spooky birth of a revolutionary NCAA Major Talking Point: “College Athletes Are Not Amateurs”?

It’s hard to tell. But there has been some other spooky NCAA action. There was that 2007 speech by the late NCAA head Myles Brand, when he announced his new “Everything-is-For-Rent” version of NCAA Amateurism, which he labeled as the new “Collegiate Model”. Then, at one of those amateurism revival meetings which recurs at random locations around the country, where NCAA sports-biz manager High Priests congregate – without “The Kids” [players], of course – to renew their Amateurism vows and massage each other’s toes, NCAA VP Kevin Lennon raised up in 2015 to exalt (without ever mentioning the word ‘amateur’) what he called the “College-Eligible” athlete. But that term thereafter disappeared. Spooky.

Some of this NCAA spooky stuff may be going on because the NCAA itself is spooked. They might realize that their ‘RTOA’ Spotify channel is showing fewer hits than the Glenn Miller Orchestra because the kids these days just don’t take to it anymore. Those honchos may, in fact, recognize that the end of the RTOA may be near, after a run of incredible luck through some scary legal scrapes. Who could have guessed, after all, that Judge Bybee would get so carried away, humming the NCAA RTOA refrain, that he would pronounce in O’Bannon that by Sherman Antitrust standards the NCAA cartel was broken but also that there was no need to fix it?  Or that the law clerk assigned to ghost-write that Northwestern NLRB decision would procrastinate all the way into a 3 a.m. all-nighter funk so profound as to cause him to apply an antitrust ‘effect-on-market’ test to dump what was a collective bargaining case? Or that the Berger and Dawson federal judges would land on their loopy ‘college athletes-are-like-prisoners‘ and ‘ours-is-not-to-reason-why‘ rationales, to deny two perfectly legitimate FLSA college athlete employment-status claims? Spooky.

And still there’s Jeffrey Kessler. You remember him. Tom Brady’s labor lawyer, with more heft than Vince Wilfork and more legal-super-bowl rings than TB12, is skulking ’round, takin’ names and depositions, in anticipation of a class action trial within 18 months, where he might actually prove that ‘athletic scholarships’ are really just payment-in-scrip. And if Kessler gets anywhere, those NCAA honchos know, there will be more ‘student-athletes’ – The Kids — scurrying up the front steps of courthouses and athletic departments to feed like squirrels at untended bird feeders upon those raging NCAA and athletic department gross revenues. Spooky.

And if I’m right that these NCAA honchos feel that they now need a big play to protect that tsunami of gross income from The Kids, that might explain some other recent and un-revered spooky NCAA action at a distance — called lobbying. Lobbying is, by its very nature, a little spooky, because it’s done at much distance from public view. It is un-revered because the NCAA, as a non-profit, is not supposed to do it, but also because (unbeknownst to Judge Bybee), one of the primary factors which “precisely” makes amateurism is the thumping public interest at the back of whatever-the-hell amateurism is now. Eighty percent of NCAA members, after all, are public universities, many of which operate athletic entertainment/promotion businesses which generate in their publics not just a febrile loyalty but also a sense of ownership.

So the NCAA is apparently now looking to get some spooky and un-revered lobbying done at the greatest possible distance from public view. But how?

By getting someone else to do it for them. But who?