The NCAA, Like Nurse Ratched, Likes a Rigged Game — and So, Apparently, do Arne Duncan and His Knight Commission 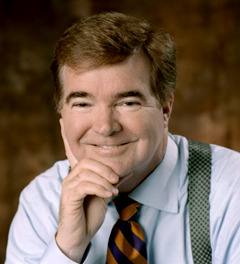 You really have to watch Mark Emmert, and the other blow-dry guys who run his NCAA — out of Porsches and ‘first cabin’ quarters — very closely. And, just one layer below, you need to keep your eye on the Knight Commission, which has, for a quarter- century, purported to be a force for good in college sports, while functioning as a solid, dependable force for the status quo. Knight Commission’s CEO Amy Perko, and even its most prominent board member, Arne Duncan, continue to operate as if they were NCAA employees, “just helpin’ out.” And keep your eye on all the other gold-plated conference heads and athletics directors. All the cloth-napkin guys and girls.

All of them are now sprinting to the U.S. Congress, clutching their pearls, and tip-toe-ing through the roiling puddles of distasteful upset caused by the plebian swell which has now inundated state legislatures, derived from common-sense pressures to finally, somehow, someway, get a little NIL-related cash for the Promo-Tainment giants the NCAA euphemistically calls ‘Student-Athletes.

Why the need to keep an eye on them?

The NCAA Likes a Rigged Game

The NCAA, as Randall Patrick McMurphy said, about Nurse Ratched, in One Flew Over the Cuckoo’s Nest, likes a “rigged game.”

Watch Emmert gesticulate, and ooze earnestness, as he explains the NCAA’s position at the December 17 ‘Future of College Sports: Government’s Role in Athlete Pay.“‘ forum. You’d know that Emmert is in the midst of boot-licking members of the U.S. Congress, to get federal legislation which is favorable to the NCAA, because he, more or less, admits it.  What you would not understand, from this presentation, is that Emmert is deceiving the public about the NCAA’s position. Emmert suggests that the NCAA supports the “tethered to education” benchmark laid down by Judge Bybee in the O’Bannon case, for determining appropriate ‘benefits’ which might flow to a player under NCAA “amateurism.” That’s just plain false.

First, they’ve appealed the recent Alston decision, which depended upon that “tethered” standard. They hate it. Second, look at NCAA bylaw 12, which fails to include it. The NCAA could’ve easily amended bylaw 12, after the original 2015 O’Bannon decision — it’s been four years, now — to fold into it that “tethered to education” standard. But they didn’t. They hate it: how dare, after all, the federal courts impinge upon the NCAA’s jurisdiction?

Emmert fails to tell the audience that the NCAA is pushing to preserve its “Amateurism-is-Whatever-We-Say-It-Is” Doctrine [AIWWSII], embodied in NCAA bylaw 12.

AIWWSII: Any Pay or Benefit is Fine, if Approved by NCAA Legislation

And, starting with the NCAA’s 1956 vote to allow Athletic-Pay (labeled “scholarships”), the list of payments or benefits permitted by this provision is long. Tennis players are permitted up to $10,000 in annual prize earnings, and can receive additional money, as long as it does not exceed their expenses for the event. Olympic medal-winners can receive USOC payment-awards, and the USOC can pay for an athlete’s training, equipment, apparel, travel and even health insurance costs. Like Kyler Murray, whose receipt of a $4.7 million signing bonus from baseball’s Oakland Athletics did not bar him from playing quarterback for Oklahoma, two-sport athletes have long been allowed to be paid professionals in one sport, while competing in another. Football bowl game participants are allowed to receive ‘swag’ gifts from bowl sponsors, valued at no more than $550, and most schools now maintain Student Assistance Funds or Academic Enhancement Funds, to reimburse players for unique expenses, which can even include new suits worn by players or, sometimes, travel costs associated with family-member attendance at Final-Four and College Football Playoff events.ii In Alston, in fact, the District Court’s Judge Wilken cited seventeen examples of such NCAA-sanctioned player pay.iii Player benefits and pay are, according to this rule, limited only by the imaginations of NCAA members who, unencumbered by logic or, even, any tradition of amateurism, can vote to allow any pay, fund, benefit, or arrangement. The latitude which the NCAA seizes with this rule is not just ample: it is unfettered.

The reality is that NCAA is pressing Congress for no controls at all: continuing Unfettered Discretion. The NCAA wants to give nothing to the player. Nothing. Not even benefits which Judge Bybee called, “tethered to education.”

And take a quick look at Arne Duncan, and Amy Perko at Knight Commission. Major-league fail. They’ve decided — willy-nilly, within in a quick two-week turnaround in December (realizing that their entire organization was, well, just WAY off the curve) — to support going to get a Congressional bill!  Might they have first asked the NCAA a quick simple question?: ‘Hey, why have you not enacted the “tethered to education” standard which the federal courts told you to? What’s so bad about that?’

But no, both Duncan and Perko have round heels, and forgot their roots, which are what I call Free Money Roots.  Knight is one of those odd entities: operating costs (including those for an executive director’s salary) keep magically getting covered every single year! By a non-profit foundation! It’s ALL FREE MONEY!

But Duncan and Perko — as Perko made plain at the December 17 conference — appear to still be debating as to whether they will support a “NCAA Bill” — or a “Player’s Bill”!

The NCAA likes a rigged game, and, like Nurse Ratched, is in a snit because the crazies in the asylum have gotten cranky. This — however degraded, if not perverse — does not come close to the Knight Commission’s failure: Duncan and Perko, of Knight Commission, actually think that their endless pot of Knight family money might reasonably be employed to support the behemoth schools — hundreds of them — with billions and billions of dollars of athletic and academic resources – rather than the, perhaps, 20,000 basketball and football ‘Revenue’ players who fund the raging athletic businesses at their schools.

Duncan and Perko, and Knight need to take a closer look, to check whether they might be wasting their money on these issues. I’d expect Mark Emmert and the NCAA to like a rigged game. But Duncan and Perko: do you really want to prop up a rigged game? With your annually recurring — free money?