Fall is coming on. If you plan right, you can have some excellent hard cider, with little effort, by the time of the 2nd or 3rd weekend of college football. 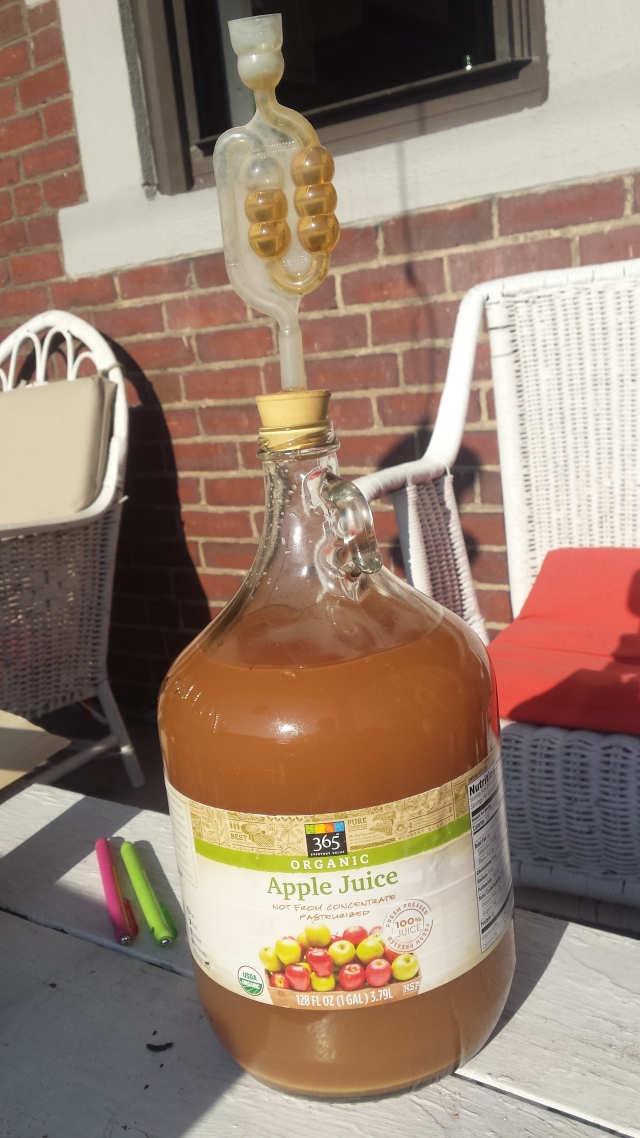 You can’t screw up this recipe, it’s so simple — and the hard cider is, needless to say, excellent. [Sir Charles Barkley was interviewed toward the end of his career, and was asked how the recent playing days compared to when he started out. His response: “When I was younger, I could carry all the other knuckeheads on my own team; now I just can’t carry the knuckleheads.”] This recipe is for knuckleheads.

Hard Apple Cider: It’s called Ed’s Apfelwein, and it is the easiest, quickest way to good hard apple cider. No brains. You can be sloshed when you make this. But before you get sloshed, stop at two places: Whole Foods, and the beer/winemaking store. [Actually, before you leave Whole Foods, ask them about all the ingredients here, some of their stores have everything — not that the list is long.] Let me repeat: this is REALLY easy. And good.

Whole Foods: 1 gallon (glass jug) of Apple Juice. It’ll cost you probably $8.99. Pretty dear, as we say here in Maine, for some jeezly apple juice. But think of it for a minute. If you go to the beer-brew store, they’ll charge you five bucks just for an empty one gallon jug. This way, you get the jug, plus some apple juice for a few bucks more.

Beer Store: 1 packet of Montrechet yeast. [Might cost you 60 cents to $2.00, depending on how much your beer store guy rips people off]. In a pinch, use any old yeast, it’ll get you there.

Beer Store: 1 airlock. (two bucks?)  That’s the twisted clear plastic thingy on top of the jug in the picture above.

Beer Store: One #6 rubber stopper, to put in mouth of the jug, where the airlock is inserted. (75 cents?)

HERE’S WHAT YOU DO

That’s it. It’s hard apple cider. About 8.9% Alcohol By Volume. It’s Bavarian. And you know how those Bavarians are, mellow, many of them. You’ll be mellow.

[Note: If you want a recipe for a ridiculously easy, but mind-boggling-ly great loaf of bread to bake, see my related post “Awesome 5-Hour Bread Recipe for Knuckleheads. Total Time Off Couch: 5 minutes” http://wp.me/p15xE1-om ]