And that ’12 COI also made this summary conclusion: “[UNC] self-discovered the academic fraud and took decisive action when the former assistant coach’s violations came to light. It cooperated fully, is not a repeat violator and, although there is a finding of failure to monitor, the institution exhibited appropriate control over its athletic program.”

The above 2012 COI statement, we now know from the October 2014 Wainstein report, was false. Wainstein found that none of the investigations which predated his had adequately reviewed all relevant emails. (As I pointed out in my last post, Wainstein correctly identified the collection and review of all relevant emails as the mandatory first step in any forensic analysis.) Because all prior investigations failed to complete that mandatory first step, UNC did not — as the ’12 COI stated — “cooperate fully.” The ’12 COI investigation and findings were tainted by the willful blindness of UNC highest administrators, coaches, faculty and tutors.

COI Emphasized Need for Email and Electronic Evidence Review: That same ’12 COI decree, like Wainstein’s Report, heavily emphasized the need to first review all potentially relevant electronic documents when undertaking an investigation. Referring to the tutor who provided impermissible benefits to athletes, the COI said:

“Had an even cursory review of her institutional emails been performed, the administration would have likely learned of the existence of the academic fraud, recognized the need to do more than just terminate the employment of the former tutor, and addressed the problem by admonishing student-athletes not to have further contact with her. The evidence of the academic fraud was clearly set forth in the emails, as evidenced by its discovery once the emails were reviewed, as part of the 2010 impermissible benefits investigation.” [Emphasis added]

And the ’12 COI decision has, in fact, been cited repeatedly since then for the principle that a school also has a duty to review and monitor an athlete’s social media, once the school has some suspicion that an athlete may have engaged in some behavior which may have violated NCAA bylaws:

“The department of athletics has implemented an updated policy regarding social networking used by student athletes. The policy provides guidelines for student athletes pertaining to their use of various social networking sites and to  inform them of online behavior that the department will not tolerate. The policy notifies student-athletes that at least one coach or administrator has been assigned to monitor sites regularly, including specifically evaluating postings that identify possible improper extra benefits or agent related activities. Also provide direct contact information for the compliance office.”

Duty to Thoroughly Investigate, Upon Suggestion of Violation: The one overriding premise behind that entire ’12 COI decision was the school’s duty to thoroughly investigate, upon the receipt of some information suggesting that some violation has occurred.

Despite this focus explicitly stated in the ’12 UNC COI decision, no one at the school did what Wainstein showed could easily have been done, once the school discovered the existence of academic fraud and cash flow to players: compile a database of all emails, identify 48 “key” search words, and perform that search.  A White Shoe Law Firm Review is hardly required to initiate and complete such a review. The absence of such a complete, but simple review, after UNC had some suspicion early-on that some of its athletes were engaged in phony courses and submitting phony papers, is conclusive evidence of UNC’s wilfull blindness behind the twenty years of academic corruption.

Investigate Players – But Don’t Investigate Employees: I emphasize the 2012 COI findings not just to display the duty to thoroughly investigate, and to be “particularly vigilant” after receipt of some information concerning a potential pattern of violation.

The ’12 COI decision highlights the built-in heavy bias of the NCAA and members schools toward choosing to investigate players, coupled with a parallel bias against investigating coaches, administrators, and faculty. As an example, look again to the ’12 COI decision, which, believe it or not, emphasizes the school’s duty to require the “student-athlete” to give the school notice when he intends to travel off-campus! These are adult student-athletes, who the NCAA believes ought be treated like 13-year olds at summer camp. But the school has a much stronger legal duty to investigate all potential misconduct committed by its employees, than it does to investigate players, who are mere students at the school.

But that zeal for smothering, relentless investigation of the minutiae of the player’s daily conduct vanishes seems to vanish, as regards similar investigations of employees of the university, many of whom have substantial supervisory or fiduciary responsibilities. This is “hands-off” attitude toward the conduct (and electronic trail) of coaches, top administrators, and faculty is a major part of the “willful blindness” at, not just UNC, but most schools.

When I was in college I worked in a pickled herring factory in Eastport, Maine. There were two buildings: the herring coming in off the boats got trucked up the hill, then conveyor-ed up one story, where they got dumped into the side of Building 1, to then be fed down a series of wooden sluices, supporting by a complex network of wooding “crib-work” underneath, until the fish got to the ladies working the fillet machine. Once fillet-ed, they got trucked to Building 2, where they “cooked” in brine for three days.

Massive rivers of fish would come thrashing down those sluices —  and a few would inevitably spill over, landing down in the dank crib-work below. One of my duties was to periodically climb through all that cribwork, way over in the back, to shovel up the spilled fish. It wasn’t easy to even get a shovel and bucket in under there; once you got there, it was even more difficult to get back, with bucket overflowing with fish. Sometimes you missed a fish.

If I did miss one, I knew about it two days later, when Poozer Mitchell, my 60-year old foreman, would come find me . “Billy,” he’d laugh, “Get your bucket.” I was the low man on the totem pole, and no one wanted to go get those fish under there — not just because it was dark and wet. After two overnights, the herring began to de-compose, and gave off the one of the most foul, penetrating smells I’ve known. No one who walked in the building could ignore the stench.

Wainstein’s Report found the dead UNC academic fraud fish way out back, up under all the cribwork, decomposing and rotten. And Wainstein found so many of those old decomposing fish carcasses that he has made clear what we didn’t know before: that No one entering the building could overlook the stench. Even if you are Roy Williams, or Butch Davis, or Chancellor Thorp, or the many others whose habits were to cover their eyes to make themselves “willfully blind,” all could still smell the stench.

——–   Three primary de facto lessons from the Wainstein report are:

1) Schools need to much more aggressively — and regularly –  investigate, not player “misconduct,” but coach and other school staffing misconduct. Had, for example, UNC’s athletic Compliance Department conducted random thorough, and periodic “spot” audits of coaches and staffers emails, over the last 20 years, chances are high that the collusion to commit fraud would have been discovered long ago. The entire NCAA and member school regulatory and compliance framework has its investigatory sights focused on player, not school employee behavior. 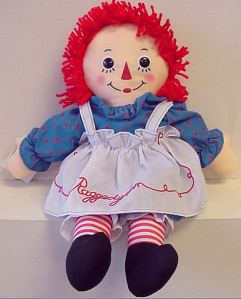 3) The “self-regulating” and  “self-reporting” premises upon which the entire NCAA and member school  compliance and enforcement framework are founded are a sham. As I’ve pointed out in past postings, the list of the most notorious NCAA violations cases over the last six or seven years —  USC, Michigan, OSU, Penn State, Miami, and UNC — is one in which none of those cases, most of which involved some significant, sometimes outlandish, and even disgusting behaviors — was “self-reported” by the school to the NCAA. Wainstein’s ’14 UNC report moves UNC, now, to somewhere near the top of that list of member schools, based upon longest duration of violative behaviors, and largest number of affected players. And, because the schools on this list are almost all “flagship” NCAA operations, with the highest of gross incomes, and hefty academic and athletic reputations, the fair operating presumption is now that “self-reporting” and “self-regulation” are sham operations at every school.

[I will re-post an August 2012 posting on related topics. “Tressel-Paterno-Freeh-Peppers, a 1924 Constitution, and Raggedy-Ann Doll Compliance,” which you can also reach by clicking on this link here.]