Posnanski on Paterno: You Can Lead a Whore to Culture, But You Can’t Make Her Think

“This is not the story of what might be true or assumptions or theories made in the dark” – Joe Posnanski, in “Paterno”

“Whatever [Paterno] was told didn’t make much impact on him.” – Posnanski, on the suggestion in Freeh Report-disclosed emails that Paterno had been informed and “in the loop” going all the way back to 1998.

“You can lead a whore to culture, but you can’t make her think”
— Dorothy Parker (with credit to Dave Kindred, for pointing this out) 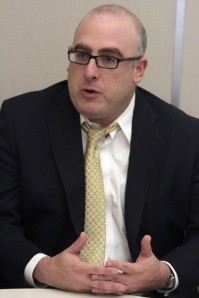 How to Judge the Present and the Past: I will confess that I have been in recent years intrigued by human “frames of reference” — specifically, the implicit risk analysis which humans daily bring to their expectations and perceptions of immediate or longer-range future events, but also the process of making the best, and most solid inferences — common sense judgments – about past events. Such efforts to judge both present and past are almost always based upon incomplete data: we can never know the future, and most past events are hard to fully and accurately reconstruct.

The Past is Almost Always Judged By Making Reasonable Inferences from Incomplete Data: And if you agree with me that almost every attempt to reconstruct the past is a matter of making reasonable inferences from incomplete data, then you most likely also would agree that author Posnanski’s grand pronouncement quoted above is, prima facie, false. Almost every conclusion about the past is a “story of what might be true.” We make the best conclusions we can. Or, more accurately, we should try to do the best we can.

Posnanski’s Theories Made in the Dark: Which Posnanski has failed to do. And in the process, he has generated, again contrary to his statement above, many inexcusable “theories made in the dark” — inexcusable because his darkness (and his reader’s resulting darkness) appears self-induced, the result of his own profound failure to: a) investigate very probative events (like Paterno’s substantial but careless role in shaping the creation of the current very dysfunctional college sport Athletics-Entertainment complex, as I outlined in yesterday’s post); b) diligently review all data surrounding all Sandusky/Paterno acts and events; and c) think thoroughly about the bombshell, assumption-shattering impact of the Freeh report upon every interview, every quote, every story and every deduction contained within his book.

Posnanski’s Self-Induced Darkness: I’ll try to shed some light here on Posnanski’s substantially self-induced darkness, which takes its’ purest, most suffocating form in this Posnanski summary conclusion about the plain, obvious suggestion, derived from emails “found” by Louis Freeh (or should we say “shallowly buried by PSU”?) pertaining to Sandusky molestation evidence and investigations in ‘98 and ‘01, in which the clear suggestion is that Paterno was repeatedly consulted, was “very concerned” about the course of events, and apparently dissuaded the ‘Big 3’ (VP Schultz, AD Curley, and Pres. Spanier) from their tentative decision to make proper report to the authorities:

“whatever [Paterno] was told didn’t make much impact on him.”

Huh? Who says? What’s “much impact?” This reminds me of the excuse made up by and jointly proferred to the NCAA by then-Michigan coach Rich Rodriguez and Michigan, that the excessive-coach-and-practice-time was the result of “inattention.” All this work, on issues as momentous as this one, and all Posnanski can say is “it didn’t make much impact” on Paterno? This is the whole ball game here, and you give us a throw-away one-liner?

This statement is, in fact — based on the best evidence adduced to date — jump-up-and-down cockamamie bullshit, for which Posnanski ought be publicly flogged. I find it hard, frankly, to believe that even Posnanski believes it.

1. Maybe this is what Paterno told Posnanski? Well, if Posnanski received his $750,000 advance merely to serve as Joe’s amanuensis, then he never told us, and he has also – by way of the sorts of broad pronouncements I’ve quoted above- deceived his readers as to the nature of his mission.

2. Posnanski contradicts himself — and a number of others quoted in his book, along with former PSU Pres. Spanier, all of whom marvel at Paterno’s astounding memory.

3. Emails are Forensic Instant Replays: Posnanski wants us to ignore the fact that emails are the forensic tool most closely resembling (in the usual absence of video) Instant Replay, because emails contain then-contemporaneous, fresh and un-”cooked” information about what was said and done. (As opposed to later “cooked” statements.) Posnanski turns this notion upside down by noting that Paterno never used email, inferring that this would help explain his supposed molestation-ignorance and lack of involvement — but also omitting the commonly-known fact that all college head coaches don’t maintain email accounts, precisely because they don’t want any forensic trail of evidence recording their deceptions, rule-breaking or cover-ups.

4. Posnanski never even raises, as solely a working hypothesis to be summarily and thoroughly dismissed after subjecting it to rigorous analysis, as any good biographer would, the possibility that Paterno was lying about his alleged lack of Sandusky-knowledge and coverup involvement.

5. The Probative Un-Smoking, Not-Gun: There is a helpful notion for evaluating an entire body of circumstantial evidence, and I’ll inartfully call it the “Un-smoking, Not-gun.” I think it was Irving Younger, the great Evidence professor (though I’m not sure), who talked about the sometimes inordinate early probative value of some small detail amongst a large body of circumstantial details contained in an “alibi” concocted by an accused. The careful listener is immediately, sometimes just intuitively, drawn to focus on that odd statement. And in the movies, the listener follows up, checks it out, and determines that there is little, if any possibility that the accused could have been telling the truth about that “Un-smoking, Not-Gun” — and is thus encouraged to more broadly assume that the entire alibi is more likely false.

Paterno’s “Un-smoking, Not-Gun” (as I pointed out in a previous post, Paterno’s Desperate, Proven Lie: Rigging the Result of His ‘Grand Experiment, at the Expense of Children‘) is his contention, laid out to Sally Jenkins of the Post last January, that he didn’t know what “sodomy between a boy and a man” was. This statement was, and still is, guffaw, spit-out-your-beer silly. And patently false. And a window into Paterno’s propensity (and desperation) to lie.

In summary, Posnanski has given us a John R. Tunis biography which never makes even an amateurish attempt to thoroughly think, and analyze all facts to then make reasonable inferences therefrom.

Posnanski’s Failure of the Imagination: Which is the result of two things, perhaps: 1) that he felt a duty to “deliver” for Paterno – which he steadfastly nonetheless denies; and/or 2) His own horrible failure of the imagination.

Posnanski, parked as he was in Happy Valley for, apparently, at least nine months prior to when the Sandusky scandal first blew sky high in November 2011, was trailing, meeting with, interviewing and researching a demon-plagued King Lear of a Paterno who, we now know to a reasonable degree of probability, lied to many people in asserting his lack of knowledge and involvement. And more important, similarly lied to a Grand Jury. And lied to Sally Jenkins in her Parade-magazine gloss of an interview in January 2012.

Paterno Haunted that Last Year: But what Posnanski — and everyone else — has ignored, is that Joe Paterno was a haunted man that last year, but not just because he knew that he perjured himself before the Grand Jury.

“Time Shall Unfold What Plighted Cunning Hides“: Paterno’s last year was haunted by his wrenching fear that conclusive evidence would publicly emerge that he’d perjured himself before the Grand Jury: Paterno knew, deep in his heart of hearts, as he walked around Happy Valley all those last days, that there was a very strong possibility that the numerous and thorough ongoing investigations would reveal some strong, incontrovertible evidence, in the form of documents or testimony, that he had lied to the Grand Jury in January 2011. Daily, I am guessing he was tortured with the lurking fear that he might be completely exposed as the fraud and liar he was. The tension for him, the instinct occasionally but repeatedly erupting from his conscience to ‘come clean’, the internal battles, and probably the drink. It must have been extraordinary. But he died before the Freeh Report uncovered his perjury and coverup.

But we’ll never know any of that, through Posnanski. Posnanski, could you now, as you read this, think back, and find us any other clues? Have you checked your notes since the Freeh bombshells, to see if there were any hints, any turns of a phrase, which might have given us some insight into the presumably tortured, ego-clenched, prevaricative soul which was Paterno? Might it have been worthwhile to check back with some others, post-Freeh, and  re-evaluate some things? At a minimum, might you admit, just a tad anyway, that you missed a helluva story here?

The Brazenness of It All: Paterno knew he was the god-Coach in Happy Valley and one of the biggest god-Coaches anywhere, and his past coverups, along with his secure super-charged ego made him think he could pull it off: a huge, whopping, baldfaced lie to that collection of ordinary Pennsylvania Grand Jury citizens who Paterno brazenly thought he could so easily bamboozle.

And Posnanski had before him a story which suggested that Paterno calculated, when he went before the Grand Jury, that he was so powerful, so revered, and so ostensibly lily-white, that he could actually pull it off – and just plain lie under oath.  Just as Jim Tressel lied, straight-faced, to countless people, repeatedly over the course of nine months. (See my earlier post, chronicling the fall of the NCAA god-Coach, Real Impact of PSU Scandal: Paterno (and Tressel) Explode One of NCAA’s Three Big Lies)

And here’s the last part of the story you missed, Posnanski, if you had only stopped to think: if Paterno could lie to a Grand Jury, he could, and would, very readily lie to you. Over and over. Straight-faced. About anything and everything. You never even raised this notion to dismiss it for us.

More to the point, Posnanski: Were you bamboozled, by Paterno just as the Grand Jury was? Were you played for a fool by the cunning Paterno? Just think, Posnanski, how hard the haunted Paterno was, most likely, working to fool you.

The irony here is that Posnanski, as a good and decent man, ran into a good decent pile of advance money. And I know, in the wacky world of any writer, it’s disorienting, and you feel you don’t deserve it. But here’s why Posnanski’s imagination failed him: he shouldn’t have felt (as I think he did) at all constrained by his $3/4 million advance, sufficient to put his entire effort into his analytic and narrative straitjacket.

Posnanski should’ve gone back to his publisher on July 13, or 14 — just days after the Freeh emails, to tell that publisher: it’s King Lear, Arthur Miller, A Civil Action, Citizen Kane, Barbarians At the Gate — all wrapped into one. I need another year and another $2 million advance — I think Paterno’s a fraud, and I may have been duped, I need to go back and re-do every interview, every fact-check! What a story!

Had he only used his imagination. “You can lead a whore to culture, but you can’t make her think” – or imagine.