Heads Up to PSU Assistant Coaches: Freeh Prods NCAA to Investigate What You Knew And Did About Sandusky

At first blush, based on this somewhat curious July 27 report entitled “Freeh Group Member Criticizes NCAA’s Use of Investigative Report“, by the Chronicle of Higher Education’s able reporter, Brad Wolverton, about his exchange with a source “close to Freeh,” it appears as though Louis Freeh has had some second thoughts about the way things have unfolded since the July 12 release of his 267-page tome on his PSU investigation. 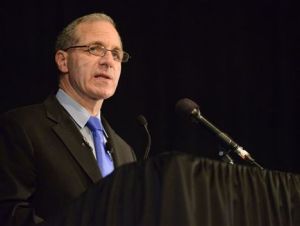 I say that based upon one important inference: a thorough read of the Wolverton article makes it clear that the “source close to Freeh” must have spoken with Freeh’s authority, and at his direction. There is no other way this could have unfolded, because the “leaker” appears much too knowledgeable about the circumstances, his comments are too opinion-laden to have come from anyone other than Freeh, and the iron-handed Freeh could have easily identified and quickly fired any unauthorized leaker. Note also the absence of any subsequent disclaimer of any kind by Freeh that the comments were unauthorized. So these are Freeh’s thoughts recorded in the Wolverton article.

[Update, 6:20 p.m., Friday July 27: Deadspin just posted this self-explanatorily-titled article, ‘Freeh Group Denies Anyone From the Freeh Group Discussed the NCAA’s Use of The Freeh Group’s Investigation of Penn State‘. All I can say is, Balderdash. For one thing, note the absence of outrage. Or of commitment to track down the leaker. Pretty weak.]

So let’s break down the comments, to get a better idea of what they mean.

Freeh Worried About His Group’s Liability? I had commented in my July 24 post (“Freeh Slips School Compliance Bureaucracies Some Growth Steroids; Emmert Needs Immediate NCAA PSU Inquiry Into Jo Pa Lies“) that Louis Freeh was “just a guy”, in this PSU situation, just a private citizen with an assignment from the PSU Board.  And also that I was surprised at both the extent to which Attorney Freeh may have waived or breached much of the Attorney-Client privilege protection which ran between him and PSU, and also the extent to which Freeh may have ignored the main lesson learned from the Duke Lax case (“Reserve all final judgment ’til the criminal process plays out”), and generated liability for himself by possibly defaming the professional reputations of one or more of the PSU Administrators who are ‘on the spot’ (Curley, Schultz and Spanier) at a time when all facts have yet to come out in the upcoming Curley and Schultz criminal trials.

And I even went so far as to say, “Slow Down Louie, You’ve Overstepped Your Bounds.” Louie might’ve had some similar thoughts recently.

So Freeh may now be worried about his group’s liability for defamation or breach of some duty of confidentiality. After all, people just assume that big-shots who come in and do these kinds of “independent” reviews and reports have some special protected status.  Absent special circumstances, they don’t, and Freeh didn’t.

Freeh Worried About Whether College Administrators Will Hire His Group?: But it may be that Freeh is also concerned that his PSU Report might scare off a number of current college Presidents or AD’s from ever wanting to hire his Group. After all, the location of the article reporting on the leaked comments– in a journal with wide distribution across every college campus — suggests that Freeh might be concerned that the Freeh Report’s trenchant criticism of PSU college administrators, coupled with the NCAA’s heavy reliance upon it, might discourage other college administrators from hiring the Freeh Group for the kinds of independent investigations the Freeh Group performs.

The Bombshell in Wolverton’s report: Freeh’s leaker is also quoted as follows:

“The Freeh report also could have explored more about the various coaches who knew about Mr. Sandusky’s showering with boys—an area in which the NCAA obviously should have followed up, said the person close to the Freeh investigation.”

“The NCAA needs to immediately investigate PSU concerning other Athletics Department or Administrator knowledge of Sandusky activities: Among his staggering findings was one which has been little observed; Freeh found that ‘several staff members and football coaches regularly observed Sandusky showering with young boys’ before May 1998.  Couple this with Mike McQueary’s now completely overlooked statement before the Grand Jury that, after he made his earth-shattering report to Jo Pa in 2001, he did speak with some of his peers about the events, and you have the clear suggestion that many people within the PSU athletics operation most likely had knowledge of Sandusky’s activities. The NCAA needs to plum the depth of this knowledge by undertaking its’ own investigation.”

So — assuming this leaker is Freeh’s mouthpiece – Freeh is unequivocally telling PSU and the NCAA that they must do their own investigation on this topic, and that much more detailed questions need to be undertaken of all PSU Assistant Coaches, as a part of a still-incomplete probe into how widely-known Sandusky’s predations were amongst Paterno’s staff, and what actions, exactly – if any – those knowledgeable Assistant Coaches took — or did not take – in response.

[Note: if you have any information about this issue — the amount or timing of knowledge of Sandusky’s predations on the part of PSU Assistants or Administrators, fee free to shoot me an email at brewonsouthu@yahoo.com. And sign up to prescribe to my blog posts by clicking on the link.]